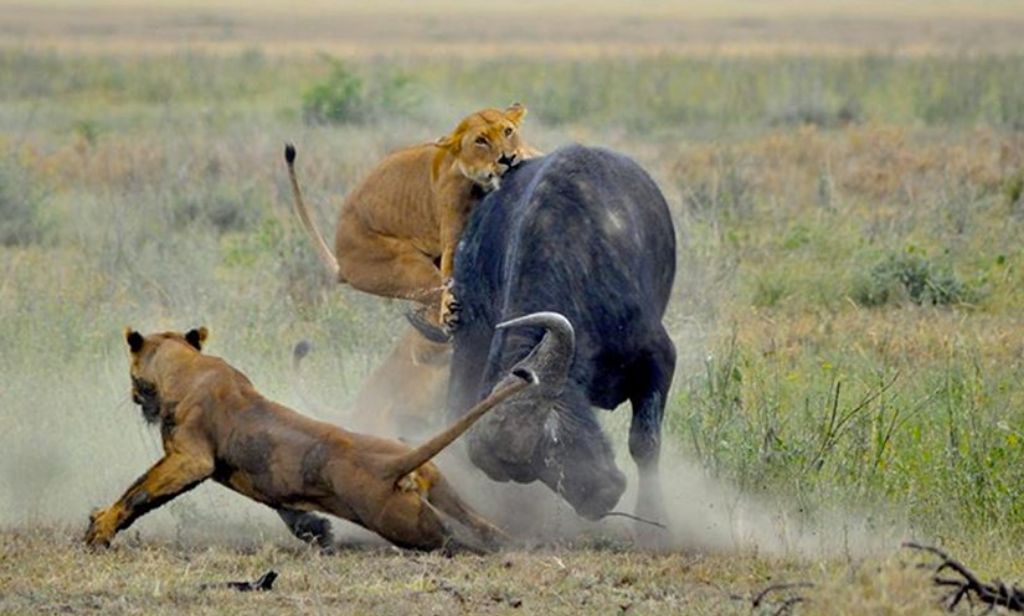 Day 1:
Arrival- Arusha Arrival either in Nairobi JKIA airport or Kilimanjaro and transfer to Arusha Tanzania in time for lunch. After lunch, leave for Meserani snake park for an afternoon viewing of some of the biggest snakes in Africa. Later, transfer back to Arusha for dinner and overnight at Green Mountain hotel/ Impala hotel.

Day 3:
Amboseli Early morning game drives will reveal large variety of wildlife in the park, including some of the largest Elephant in Africa. Your Amboseli National Park tour offers you the opportunity to spot one of the extremely rare Black Rhino that live here. Dinner and overnight at Kibo tented camp/ Sopa lodge.

Day 4:
Ngorongoro Crater Area After breakfast, depart for Ngorongoro conservation area for a day crater tour, arriving in time for lunch at Wildlife lodge. This visit will actually give you the highest chances of spotting the rare black rhino. The crater is 670 meters deep. The rest of the big five may be seen. Other species encountered include cheetah, grant’s and Thompson’s gazelle, the common zebra, spotted hyena and wildebeest. Flamingos may also be seen on the Crater Lake. In between tracking game, you will have a break for lunch at the Ngoitoktok springs picnic site. In the evening ascend and out of the crater. Lunch, Dinner and overnight at Ngorongoro Wildlife lodge.

Day 6:
Dar es salaam Breakfast and transfer to airport for domestic flight to Dar es salaam. Arrival in time for dinner and overnight at Billys lodge.

Day 7: Mozambique
Breakfast, are picked up and transferred to the airport in time for a flight to Mozambique. After your flight to Vilanculous airport, you will be transferred by boat (25 minutes) from Vilanculous to Benguerra Island. Arrival and check in at Marlin lodge.

Day 8- 13:
EXCLUSIVE HOLIDAY IN MOZAMBIQUE ISLANDS In a National Marine Park in Mozambique, lies an Archipelago of off shore islands known as The Bazaruto Archipelago. There are three main islands known as Margaruque, Benguera and Bazaruto. On the second largest island, Benguera lies idyllic Marlin Lodge. Benguera Island was originally named “Santa Antonio” by Portuguese explorers and was later named “Benguera” after a local Tribal chief. The island is approximately 11km in length and 5.5 km wide and lays 14 km offshore from the mainland and the town of Vilanculos. Each sea-facing chalet has a private patio with a walkway down to the sandy white beach. The wood-reed-and-thatch chalets are a blend of elegance and African Island beauty. The Marlin Classic Chalets all have a roof fan and new mosquito netting, with an En-Suite bathroom. The roof is thatch and the walls are clad with Mozambican reed, and are all west facing, towards the sunset. All meals provided by Marlin Lodge. A complimentary Water sport activity includes Wind Surfing, Kayaking, Kite-Flying and Catamaran Sailing.

Day 14:
Depart Breakfast, are transferred to the airport for onward flight to Dar es salaam. Arrival in time for dinner and overnight at Billys lodge or simply head home via Arusha or Nairobi.