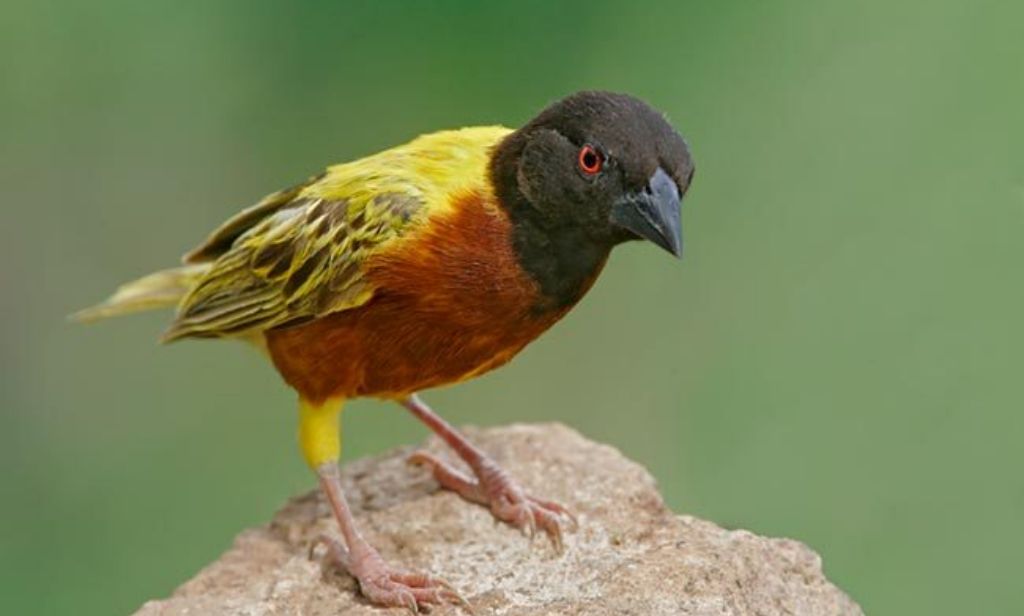 Day 1: Nairobi (arrival)
Arrive at the JKI Airport to be met by your guide. Birding starts right away from the stairs off the plane as the Little, African Palm Swifts and the Superb Starling appears common while the Red-winged Starling whistles to remind you to have your binoculars ready.

Transfer to the hotel for a rest, followed by a visit to the Nairobi National Museum’s birds, ethnography, geology, prehistory galleries (among others) as well as the Snake Park.

This is the right place to learn and see many of the Kenya’s multifacets of culture, pre-history and it’s natural resources. Birding continues around the museum’s botanical garden or elsewhere depending on the time.

Drive further through the pineapple plantation and make some few more stops. On the way we’ll try out the Hinde’s Babbler, another kenyan endemic among many other localized species.

Day 3: Samburu Game Reserve
Samburu National Reserve in the northern Kenya, an arid bush country with beautiful riverine forest along the Easo Nyiro River that harbors over 400 species of indigenous and migratory birds. We can hardly miss the Somali race of the Ostrich with bluish legs and neck here. Birds of prey are also at our disposal, including the Martial and Bateleur Eagles, Pygmy Falcon, and Secretary Bird. Here and there calls can be heard to remind you that the Yellow billed, Von Der Decken’s, and Red Billed Hornbills are around.

Among other birds could be Coursers, Sandgrouses, the dry country Larks, and the Northern race of the Zebra – Gravy, Gerenuk, Recticulated Giraffe, large herds of Elephants, Beisa Oryx, among other big games are common.

Overnight at the slopes of Mt. Kenya

Day 5: Lake Nakuru National park
After breakfast we’ll have a morning birdwalk before leaving for Lake Nakuru National Park. We’ll have a number of stops on the way to collect a few more lifers. With good views of the Aberdare Ranges and several stops that includes Thomson’s Fall for a picnic lunch, where we hope to get a few rewards like the Stone Chat.

We’ll descend down to the Great Rift Valley through the Subukia Escarpments and witness the marvels of the conventional currents working on the earth’s crust and try to find the Lynes’ Cisticola at the rim of Menengai Crater (if time allows) before heading to Lake Nakuru National Park.

In addition, the park is rich in big games that includes the Giraffe, Buffalo, Waterbuck, Eland, Hippo, both Black and White Rhino, Lion, Leopard, Spotted Hyena among many small mammals.

Day 7: Lake Baringo
In the morning do bird/game drive in the park and later leave for Lake Baringo Conservation Area, another one of Kenya’s birding hotspots. Lunch at Lake Baringo club.

After lunch, visit the cliffs not far from the lake, good for Hemprich’s & Jackson’s Hornbills, White-faced Scops Owl, Bristle-crowned Starling, Brown-tailed Rock Chat, Green-winged Pytilia, and Red & Yellow Barbet, Bat Hawk, Three Banded Courser, (among many others). Birding along the camp site and the hotel could yield the Verreaux’s Eagle-Owl, African Pigmy kingfisher, Black-headed Plover including many species of waterbirds.

Day 8: Kapedo
We drive north of Lake Baringo about 75km to Kapedo lying on a semi-desert and the specialties around this area could include the Magpie Starling, Chestnut-headed Sparrow-Lark, Pigmy Batis, Somali Sparrow, Somali Fiscal, Pale Prinia, Mouse-Coloured Penduline-Tit, among others.

Day 9: Kitale
Take a boat ride and explore the lake for water birds like the Goliath, Grey Heron and later after the breakfast go birdwatching along the cliffs for more species. Before lunch we leave for Kitale where we spend the night looking forward for tomorrow birding down the Kongelai Escarpment.

Day 10: Kongelai Escarpment
We drive down the Kongelai Escarpment on the west of Makutano (Kitale – Turkana Road). This is yet another excellent birding area where we expect local specialties such as the Yellow-billed Shrike, Lesser Blue-eared Starling, White-crested Turaco, Chestnut-crowned sparrow-weaver, Dark Chanting Goshawk among many other interesting species.

Late afternoon we leave for the Kakamega Forest.

Day 11/ 12: Kakamega Forest
Kakamega Forest, the only rain forest remaining in Kenya, which was once a continuation of the Guinea-Congolian rainforest, rich in species nowhere else to be seen in Kenya.

Spending a few days here we hope to see a good number of these forest species that could include the Blue-headed Bee-Eater, Red-headed Malimbe, Green Sunbird, Grey-winged Robin, Yellow Spotted, Yellow-bellied Barbets, African Blue Flycatcher, African Shrike-Flycatcher, Snowy-headed Robin, Common, Jamesson’s, Chestnut and with much luck the Yellow-bellied Wattle-Eyes, Shelley’s, Joyful Greenbul, among many others.

Day 13: Kisumu (Lake Victoria)
Birding before breakfast and after, later drive to Kisumu City just-by the second largest fresh-water lake in the world. Visit Impala Sanctuary and the Sewerage Works that could yield a Southern Red Bishop, Black-billed Barbet.

After this we leave for the world famous Masai Mara Game Reserve.

Day 15: Masai Mara Game Reserve
Masai Mara Game Geserve is a plain of rolling grassland dotted with a mixture of acacia trees and the plain game which includes large herds of Elephants, Zebras, Topis, Hartebeests, gazelles, Impala’s not forgetting the well known Mara/ Serengeti Wildebeest’s migration, Lions, Cheetah among other cats. We’ll stay on the western part of the reserve along the Olololo Escarpments blended by river, swampy, grassy and forested habitats.

Specialties could include the Tabora, Rock Loving Cisticola, Wattled Plover, Rufous-bellied Heron, Penduline Tit, and Pale Wren Warbler, among others. Those interested with Balloon Safari- this is the place to view Mara and her wildlife by air. we’ll spend sometime in the afternoon to visit the Masai Village for a cultural dance.

Day 16: Nairobi
En route game drive on our way to Nairobi while searching for more bird species especially the Magpie Shrike and others on the eastern part of the reserve. While on the way to Nairobi (if time allows) we’ll drive to kinangop plateau in search of yet another Kenyan endemic Sharpe’s Longclaw, later heading back to Nairobi.

Return to Nairobi where our tour ends with a dinner before the transfer to the airport.